Subscription boxes are nothing new. Advertisements highlighting Hello Fresh’s massively discounted services, and influencers shilling Fab Fit Fun boxes have been a staple on social media for years. And it’s been growing. The subscription eCommerce market grew by more than 100 percent a year over from 2011 to 2016 alone. The largest of those retailers generated more than $2.6 billion in sales in 2016, up from a mere $57 million in 2011.

Now, in 2021, a decade since subscriptions first entered the market, there’s no doubt that the pandemic accelerated consumers’ interest in these boxes across all industries. The UBS financial services firm predicts that this “subscription economy” will grow to $1.5 trillion by 2025, more than double the $650 billion it’s estimated to be worth now.

Not only has there been an uptick in boxes, but subscription services in general have been boosted. This shift in consumer habits underlines the importance of a few things for companies to note; reliability, brand selection, eCommerce and social media utilization in general, and most importantly –  sustainability.

The Shift to Subscription Services

According to a survey conducted by ratings and reviews platform Clutch, Fifty-four percent of online shoppers say they use a subscription service. So which companies are doing all of the heavy lifting?

The golden egg for Dollar Shave Club that sets it apart from its market counterparts is the fact that it’s a refill subscription. The necessity to replenish a good product (key words: good product) is what catapults this company ahead of the rest. Companies like Quip and Harry’s and its many subsidiaries have taken a page out of DSC’s book by offering toothbrush and razor replacements at unbeatable prices. The other kicker to these types of subscriptions is the sustainability factor.

A recent Nielsen study reported that 81% of global respondents feel strongly that companies should help to improve the environment. Nielsen also calculated a near-50% jump in sustainable product sales in 2020 compared to 2014. Moreover, a McKinsey study on sustainability in fashion also found that the pandemic heightened sustainability awareness and concerns. 67% of surveyed consumers consider the use of sustainable materials to be an important purchasing factor, and 63% consider a brand’s promotion of sustainability in the same way.

With that being said, companies that give you the opportunity to replace parts of things like razors and toothbrush heads reduce the need for plastics substantially, so it's no wonder that they’re thriving.

Fashion and Beauty Boxes are On the Rise

On another note, fashion and beauty subscriptions are having a moment. Due to the fact that consumers couldn’t step into clothing or beauty stores to try anything out, subscription services for such items have boomed. This was especially true for companies who allowed returns and swaps on products that customers weren’t happy with.

While beauty boxes like Ipsy and Birchbox ruled the school for a while, certain retail and eCommerce giants are getting into the fashion and beauty box sphere. Amazon last year rolled out its Wardrobe service to all Prime members and Target unveiled a box for its Cat & Jack children's private label brand. Last October, Express debuted its apparel subscription service, pricing its services less than competitors like Ann Taylor and Rent the Runway. Nike also launched its children's shoe subscription service last August, and Walmart introduced its own children's apparel subscription service featuring more than 120 brands recently in April.

Everyone wants their piece of the growing subscription pie. Remember that sustainability point? Fashion and beauty boxes are well aware of its importance as well. In fact, heavy-hitter Birchbox recently pledged that 10% of the products it sells across both its private label brands and brand partners will be refillable or reusable by 2023, through both brand partnerships and a diversified merchandising portfolio. Additionally, Birchbox has a goal of 30% waste reduction by 2025.

Food Subscription Services and the Pandemic

Saving the best for last, the granddaddy of subscription boxes ordered during the pandemic were of course, food subscription boxes. Throughout what has been a very uncertain time for consumers, food subscriptions like Blue Apron and Hello Fresh, have been able to offer predictability and convenience, proving the subscription industry is built for scale. Not to mention, a lot of brands have used this time to further innovate, adjust and launch new products while improving their logistics.

For reference, Freshly Inc., delivered 5 million meals in the month of March alone, a leap from the 3.5 million the company predicted in February. Meanwhile, Blue Apron CEO Linda Findley Kozlowski said “Within the span of 48 hours [in early March], we saw an increase in orders that surpassed the staff we had in place to fulfill this higher-than-expected demand.” 48 hours is a staggering amount of time to outgrow your staff, but consumers at that point were befuddled and panicked. The option of going to the grocery store became daunting, and popular local delivery joints were shutting down operations almost as quickly as the virus began to spread. People had to think fast, and meal subscription services were waiting with open arms.

If you’ve made it this far into this piece, congratulations! You’ve won a free meal delivery kit stat time:

Now we’re all caught up on who’s running the market. But it’s equally, if not more important to talk about the innovators at work, and trends on the horizon.

What's In Store (or out of store) for Subscriptions

According to budgeting app Truebill, there’s a growing trend of “power subscribers” with 10 or more recurring subscription payments. The app’s users average 17 subscriptions and typically spend around $145 a month, according to an analysis the company did for The Washington Post. Last spring during lockdown, Truebill users averaged 21 subscriptions, as people tried different entertainment, home workout and delivery services.

For example, Peloton’s subscription revenue grew 144 percent in the first three months of this year compared with a year ago, and subscribers to Apple’s plethora of services for fitness, games, music and podcasts have increased by 145 million in the past year.

The shift from a transactional economy to a relationship-driven one is underscored by the fact that airline companies and hotels and resorts began piloting subscriptions last year hoping to take advantage of the work from home nomadic lifestyle. They want to build this sense of trust, as well as meaningful relationships through subscriptions to guarantee the expansion of their base, and it seems to be working. CitizenM, a Netherlands-based boutique hotel chain, began a subscription program last year that offers 29 nights at any of its properties around the world for $1,500 a month. The company said that around 230 have been purchased.

Freehand Hotels, a boutique chain based in the United States, has a $2,999 subscription for travelers to stay at any Freehand property for up to a month. Its chief commercial officer, Edward Pinchard said that the company received 200 inquiries in the first month and several dozen people have signed up.

However, there are some foreseeable drawbacks. Rent the Runway, an extremely popular sub service, made headlines all throughout the pandemic about angry customers’ complaints about the model. The company has been in hot water trying to make up for its lack of organization, missing orders, and poor customer service by informing them that efforts to upgrade its fulfillment systems caused the order delays. Time will tell how they hold up.

Furthermore, the longevity of the model's success is still up in the air. A previous McKinsey and Company study found that 40% of subscribers ultimately cancel their services. But the fact of the matter is that the demographic most likely to have a subscription service are millennials, a group with an estimated $200 billion in spending power. At this point it’s unlikely that the numbers will drop steeply, but cancellations and turnover remain  a concern for most of these subscription companies. 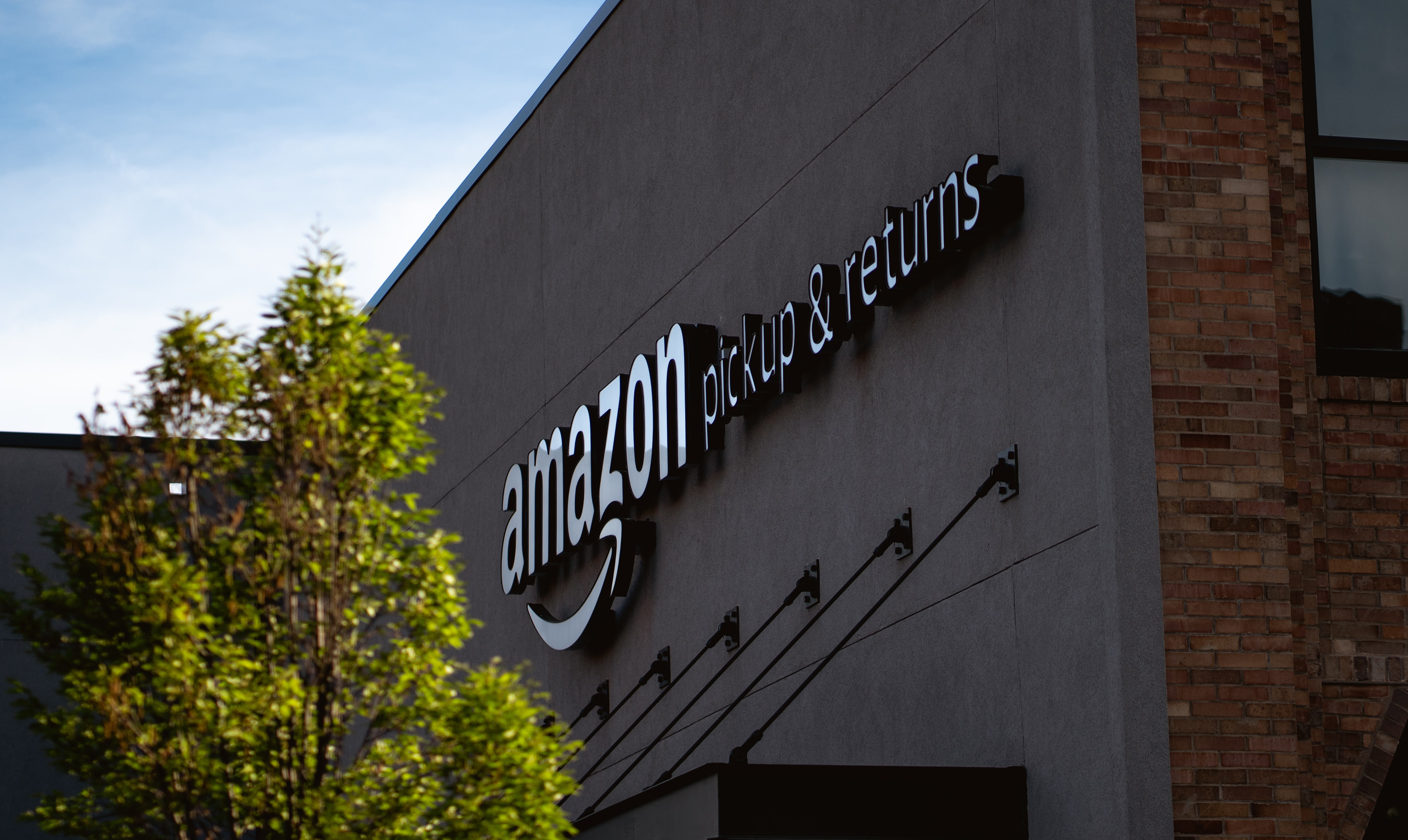